What do you think of when you think of the Arctic? Vast glacial landscapes? The Aurora Borealis? Polar bears and melting sea ice?  Most of us are aware that global warming is rapidly heating up the Arctic, but for many of us, it’s still a relatively foreign, frosty place. Dr. Ken Tape is a scientist who’s spent his career studying the Arctic tundra’s shifting ecosystem as climate warming transforms the globe’s northernmost landscapes. He’ll be at the University of Utah on Tuesday, October 1st from 4-5 p.m. in ASB 210 to talk about “The Changing Arctic Landscape” as part of the GSCS seminar lecture series.

As an ecologist at the University of Alaska Fairbanks, Dr. Tape is interested in the interconnectedness and transformation of this unique arctic ecosystem. Born and raised in Alaska, his specific focus is on what the changes in this integrated arctic ecosystem will mean for the future. His educational background spans geology and the biological sciences. He’s published a book, The Changing Arctic Landscape, has a traveling museum exhibit (Then & Now: The Changing Arctic Landscape), and is a renowned fine art photographer.

By comparing old photographs from up to 150 years ago to today, he looks at shifts in plant and animal life from the boreal forests into the greening arctic tundra. Combining this with other environmental data, Dr. Tape’s work enriches our understanding of what is happening to the Arctic ecosystem as a once icy and inhospitable place warms to become extended habitat for an array of wildlife. He’s studied the shrubs and vegetation, moose and snowshoe hare populations, shifting snow and melting permafrost, and his most recent work focuses on beavers and hydrology.  As mini-ecosystem engineers, beavers can have a dramatic and swift influence on landscapes, and Tape points out, “very few species leave a mark so visible that you can see it from space.”[1] He uses not only aerial but also satellite imagery as part of his research looking at how these large-toothed lodge-dwellers are shaping the greening tundra, most massively via their hydrologic habitat effects. Warmer air temperatures lead to more shrubs and flowing water in the winter which provides new terrain for beavers to colonize and transform, ultimately impacting stream and riparian ecosystems and thawing permafrost.

Permafrost is continuously frozen soil, rock, or sediment that exists either below ice sheets or below an active soil layer. We know it stores carbon and methane gases, and we’re learning that global climate warming is contributing to rapid thaws in the Arctic’s permafrost.  We’ve also known about disappearing summer sea ice in the Arctic and the potential global implications, but we’re just starting to talk as a global community about what the “abrupt thaw” of arctic permafrost could mean. Some estimates predict that the quantity of global greenhouse gas released will be double that of earlier projections, a number not previously accounted for in the Intergovernmental Panel on Climate Change’s climate model report unveiled last October.

Dr. Tape’s observations of beavers as an ecosystem disturbance suggest that permafrost thaw in the Arctic could be self-reinforcing, making the thaw faster than we’ve expected. In seeking to understand what’s happening with an integrated ecosystem he’s quick to engage with geographers and historians as interdisciplinary knowledge is a meaningful way to deepen comprehension of complex systems. He isn’t one to make strong predictions of the future but prefers to his work to open the door for more questions of how the interconnectedness of these systems plays out. New knowledge about how global warming alters entire ecosystems at the northernmost parts of our planet opens up new ideas on the potentialities of the future. Aside from a faster permafrost thaw feedback cycle, the greening of the tundra could also mean new habitat for salmon, for instance. In this way, the knowledge that Dr. Ken Tape has to share is a valuable piece in the grand picture of our future on the earth.

Come learn about “The Changing Arctic Landscape” from Dr. Ken Tape on Tuesday, October 1 from 4-5 p.m. in ASB 210.  We’ll have coffee and treats for you, so bring a mug and enjoy! 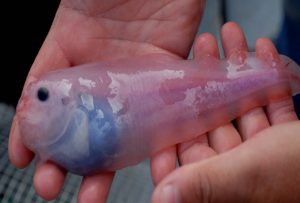 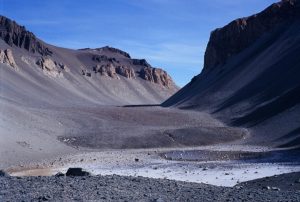