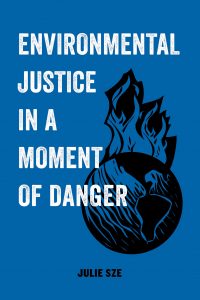 The common rhetoric surrounding the contemporary climate crisis often frames the dramatic manifestations of climate change as unprecedented in their intensity. The scorching heat and record-level dryness that has plagued the Western US in recent years clearly indicates an ominous shift to a “new normal.” However, while there is no denying the evidence of climate change, archaeological data also suggests that this is not the first time the Western US has experienced similar events. To aid our contemporary fight for sustainability and adaptation, could we look into the past and learn from how ancient peoples survived through climate change?

Doug Kennett, professor of Environmental Archaeology and Human Behavioral Ecology at the University of California, Santa Barbara, believes the past can help us understand the present crisis. On Tuesday, October 22nd, from 4 – 5 PM in room 210 of the Alice B. Skaggs Biology Building, Kennett will explore how climate change in the West affected ancient peoples in his lecture, “Drought and Long-Term Sociopolitical Dynamics West of the Hundredth Meridian,” as part of the Global Change and Sustainability Center’s Seminar Series.

Kennett earned his Ph.D in archaeology from the University of California at Santa Barbara in 1998. During his student years, he experienced first-hand the effects of climate change as the Western US was hit by intense periods of drought. Kennett recalls thinking that “the prehistoric record probably has something to say about what these droughts have looked like in the past, and how people responded under different types of social and political conditions.”

Kennett’s initial research focused on early peoples of the Yucatan, but as his interest in historical drought grew he also began to study indigenous cultures of coastal California. Working with climate scientists, they used reconstructed climate records alongside archaeological evidence to decipher how these cultures responded to climate change. As Kennett explains, “we [now] know that in the climate system in the West, from the climate record and the archaeological record, that conditions can be much more severe with much more extended droughts.”

His work has since driven him to dive deeper into the climate history of the West, from California’s Channel Islands to Chaco Canyon in New Mexico. “I’m interested in the persistence of prehistoric societies in the face of environmental and climate change,” Kennett says. “So, in other words: what worked? But I’m also interested in when things go badly and we see the disintegration of social and political connectivity and what we colloquially call ‘collapse.'”

Kennett’s research has also led to collaborations with geneticists, in particular David Reich at Harvard University. Through genomics, Kennett has been able to analyze the genetic population structure of prehistoric peoples. This has provided insight in his research on the environmental factors that contributed to the collapse of these ancient cultures, and has been significant in his research on drought in Mayan civilization in the Yucatan.  “You may say that the Maya were in a tropical forest. How could you have trouble with water in that kind of context? In fact, there were times when there were droughts that had significant impacts on the population.”

There are far-reaching implications for this cutting-edge research in developing strategies for combating climate change in the 21st century. “From a sustainability perspective, I’m arguing that the archaeological record has great value for what’s happening today,” Kennett explained. This is especially evident in his work in the Yucatan. According to Kennett, “In the case of the Maya, with [regards to] sustainability, there were also major transformations of the landscape because they were large-scale agriculturalists. There were very well-documented geological or geomorphic changes made to the landscape associated with deforestation.” Understanding the changes that occurred in the landscape during the time of the Maya can provide insight into how the landscape has become what it is today, and how these changes affect contemporary populations.

If you’re interested in learning more about what climate change in the past can tell us about the present and future, come by ASB 210 on Tuesday, October 22nd for Professor Doug Kennett’s lecture, “Drought and Long-Term Sociopolitical Dynamics West of the Hundredth Meridian,” as part of the GCSC seminar series.