Here’s what Keith Bartholomew tells his students: When it comes to Utah’s air pollution, it’s your job to be simultaneously Chicken Little and Pollyanna.

That mixture of alarm and hopefulness about the future of Utah’s dirty air was clear at the recent symposium “The Air We Breathe,” at the University of Utah. The daylong event focused both on dire data and the need for collaboration between scientists, planners, academics and health professionals.

One of the realities about air pollution is that scientists still don’t understand the complex chemistry of smog, nor the complex mechanisms that lead from pollutants to disease. The flip side is that Utah provides unique “exposure opportunities” to measure those pollutants and study the people affected by it, noted participants in a Scientific Cooperation panel moderated by Diane Pataki, associate vice president for research and professor of biology.

The bad news: “If you live in a place where air quality is worse, your mortality is higher,” said Rob Paine, pulmonary and critical care specialist in the U’s School of Medicine, citing the Harvard School of Public Health’s Six Cities study. “We’ve looked at it a gazillion different ways, and the data is solid.”

Air pollution impacts disease in multiple organ systems—not just the lungs (lung cancer, COPD, asthma) but also bone metabolism, vascular disease, diabetes and depression. “Some seminal work from this valley has shown if you increase PM 2.5 levels by about 10 micrograms per liter, it increases the rate of heart attacks by about 4%,” Paine said. But how pollutants target organ systems beyond the lungs is still a mystery.

To effect change in public behaviors and public policy about air quality, the message should come back, always, to health, he added. “Stick with the simple, hard truths. And say it over and over again.”

Christopher Reilly, associate professor of pharmacology and toxicology, reported that his department has received two NIEHS grants that will focus on understanding the mechanisms that lead from dirty air to damaged health.

Most of the pollution in the Salt Lake Valley is created “secondarily,” after emissions enter the atmosphere, although the chemistry is still not understood, said Jon Lin, professor in the U’s Department of Atmospheric Sciences.

The hopeful news: At the national level, average air quality has gotten better, in large part because of the Clean Air Act. “It shows there is action you can take to improve air quality,” Lin noted.

At the macro and micro level, improvements to city planning and building construction can make a difference too, said Bartholomew, associate professor in the Department of City and Metropolitan Planning.

“Transportation is now the single largest sector of the economy leading to air quality problems,” he noted. On the macro level, increased housing density leads to a decrease in car use. On the micro-level, sheltered bus stops instead of the “pole in the puddle model” have led to twice the number of riders compared to a control group.

The U’s scientists need to work together to solve Utah’s bad air, the panel agreed, rather than working in their individual silos. “Gatherings like this,” said Reilly, “need to be a lot more frequent.”

It should come as no surprise that the University of Utah is home to some of the world’s premier experts on air quality. As we settle deeper into the winter inversion season, researchers at the U renew their efforts to better understand who the big emitters are, who is being affected and how we can clear our air. It’s not just the folks in the atmospheric sciences who are studying air quality. We have professors in art, philosophy, geography, sociology and economics who are working to better understand the causes and identify comprehensive solutions. 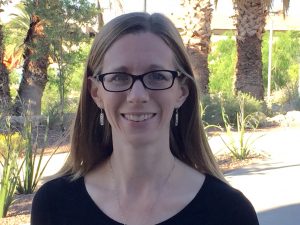 The results of her research have led her to believe that “not everyone has the same opportunities to protect themselves in terms of where they live or work. It doesn’t matter if it is a red air quality day—landscapers (for example) have to be outside working. We can try our best to protect our family in our little bubble but the solution to the problem is we need to reduce emissions and make the air cleaner for everyone,” Grineski said. “We need to see solutions at a policy level. Air quality needs community solutions, state-level action and federal policy.” 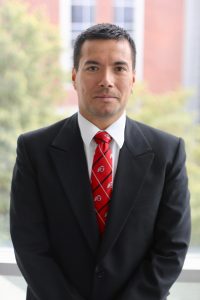 Daniel Mendoza has reached similar conclusions. As a research assistant professor in the Department of Atmospheric Sciences, his work focuses on the impact of poor air quality on health, both for individuals and for the population as a whole. “While historically, studies have looked at very elevated pollutant levels, such as those found during inversions,” he said. “Our current research shows that even small increases in PM 2.5 or ozone are responsible for outcomes ranging from increased absences in schools to a greater number of hospitalizations due to pulmonary conditions.”

One of the simplest solutions lies with changing behaviors around transit.  “Within the metropolitan planning context, we have found that the use of transit as an alternative to single-passenger vehicle use can mitigate emissions in a meaningful way,” Mendoza said.

Frequently, people place the blame on industry, without acknowledging that “refineries are there because we demand the gasoline to drive our cars and diesel for our goods to be delivered. Personal accountability is a necessary component of solving this problem,” Mendoza said. The solution can be as simple as “not idling our cars, taking transit as often as possible and being more conservative with the temperature in our homes.”

Grineski and Mendoza are only two of the many researchers engaged in examining air quality at the U. The university’s Global Change and Sustainability Center hosts an inventory of U researchers, publications, presentations, media references and awards related to air quality. As the smog settles in our valley, and we know our researchers are working hard to do their part, we need to make conscious choices to reduce our own emissions and remind our elected officials of the importance of state and federal policy to make our air cleaner for everyone.

Throughout February, take action on air quality by tracking your commute behaviors with the Clear the Air Challenge, a statewide competition that aims to reduce emissions from vehicles by promoting alternative transit options. Join the U team at travelwisetracker.com/s/university-of-utah.