Communication is a vital part of science. Articulating one’s research to broad audiences can have a significant impact on how that research is discovered and shared. While scientists and communicators have often relied on intuitive rules to guide communication, science communication (as a field in itself), is supported by empirical insights that inform how to best communicate about science issues. 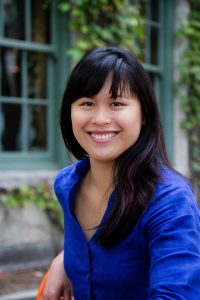 Yeo’s research explores how audiences seek and process information about science from the media. Her research methods include surveys, experiments embedded in surveys (either online or over the phone), and content analysis.

“If you think about where we get science from it is very rarely now in traditional news or television,” said Yeo. “Most people go online to find information about science.”

Yeo’s current project explored tweets regarding climate change and global warming, uncovering the context in which audiences used the phrases ‘climate change’ and ‘global warming’. She also worked alongside atmospheric scientists to determine if temperature variations across the United States were related to Twitter reactions.

“What we saw was the phrases ‘climate change’ and ‘global warming’ used in different contexts,” said Yeo. “Global warming was used in context to the weather and was correlated with temperature changes. Whereas, climate change tends to be used in more environmental and political type discourses.”

To hear more about the empirical research being done on science communication and how the direction the field is moving, attend Yeo’s GCSC lecture, “The Science of Science Communication” on Tuesday, April 10 at 4 p.m. in 210 ASB.