Respondings to climate change has entangled social, cultural, political, and environmental  implications. Often, when these implications are overlooked or disregarded, researchers, policymakers, and community members face “maladaptive outcomes,” or consequences of adaptation efforts that don’t go to plan and incur negative outcomes. 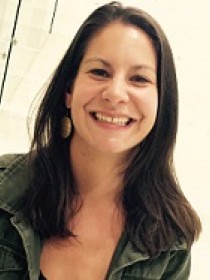 On Tuesday, Jan. 31, Dr. Amanda Bertana, assistant professor of Sociology at Southern Connecticut State University, will give a GCSC Seminar called “Avoiding Maladaptive Outcomes: Relocation as an Adaptation Response to Climate Change,”  to discuss how environmental adaptations can consider both human and nonhuman environments.

Bertana will present her research with communities in Fiji who have been relocated due to coastal erosion to demonstrate the maladaptions that can result from reactionary climate change responses. “We have these well-intentioned people who want to enhance people’s livelihoods, but these adaptations are typically imposed on communities without considering what impacts they have on the people,” Bertana says. For example, relocating the community of Vunidogoloa removed people from the ocean, which provides ecosystem services such as transportation and food. Consequently, the shift inland introduced food insecurity.

Bertana suggests that we approach adaptation as a process rather than an end-goal. In doing so, decisions can be made by considering implications beyond the environment. “We need to think about maladaptation as a learning culture to assess the processes leading up to the unintended outcomes,” Bertana states. “There is such value in learning from the mistakes that we make.”

Bertana’s research and academic background emphasizes environmental justice and sociology in climate change responses. She earned her bachelor’s and master’s degrees in Sociology from Humboldt State University, and her doctoral degree from the University of Utah.

The most successful adaptations, according to Bertana, are the ones that align with people’s values and needs. She hopes attendees will feel inspired to think in bold and innovating ways about what it means to adapt, while simultaneously embracing and learning from maladaptation mistakes.