Green spaces—like urban parks, gardens, and trail systems—have a variety of benefits for human health, ecosystems, and economic growth. Studies show that green spaces can help reduce stress levels, mitigate regional and local flooding from storms, and improve air and water quality. However, not everyone has equal access to green spaces and these benefits. In fact, the U.S. has a long history of preventing access to and underinvesting in green infrastructure for black and brown, low-income communities. 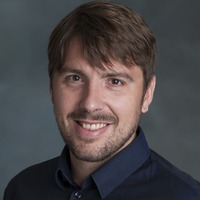 Dr. Alessandro Rigolon, a professor of City and Metropolitan Planning at the University of Utah, studies policies and structures that exclude marginalized communities from green spaces. On Tuesday, October 4, Rigolon will give a GCSC Seminar to discuss inequitable access to parks and other green spaces in the U.S., and how this relates to environmental justice and public health issues. “The mechanisms that created these inequities are strongly linked to structural racism” Rigolon says.

Gentrification occurs when affluent people move into poor, urban communities, and develop businesses, new homes, and other infrastructure that change the character of the neighborhood and economically displace long-time residents. While implementing green spaces can improve quality of life and offer benefits to local residents, it can also increase property values. This is called green gentrification. “Over time, this green gentrification process can result in the displacement of low-income, long-time residents,” says Rigolon. “Especially renters who are at the mercy of the landlords raising the rent.”

Rigolon is concerned about the Glendale Regional Park in Salt Lake City, which is scheduled to open in 2024. The park is located in the West Side, which consists of primarily low-income, Latinx, and Pacific Islander communities. “In city budgets, there’s money for parks sometimes, but that doesn’t mean there is going to be money for affordable housing in the same neighborhood at the same time to prevent displacement,” Rigolon says.

Rigolon obtained his undergraduate and master’s degrees in architecture and urban design from the University of Bologna. He then relocated to Colorado to obtain his doctorate in design and planning with a focus on sustainable and healthy environments from the University of Colorado Denver. He soon learned about gentrification and the structural processes that cause it, and his interests evolved from single-space design to city and regional design. “In Europe people know that the U.S. had slavery and experience inequalities, but it’s rare that somebody who doesn’t study U.S. politics knows the complexities of things like redlining, and racial covenants” Rigolon explains. Redlining and racial covenants are both exclusionary zoning practices that effectively prevent minority community members from living in predominantly white, affluent areas. Learning about these injustices catalyzed his work in generating knowledge about green space equity to implement change.

Rigolon’s research focuses on the social impacts of green infrastructure. “We need a holistic approach that considers the diverse needs that communities of color have, instead of dropping a park in their neighborhoods and then walking away” Rigolon states. Utilizing three sets of strategies adopted by advocates, nonprofit organizations, and policymakers, he will discuss the ways in which equity is starting to be centered in the design of green spaces around the country.

Rigolon hopes that his seminar will provide attendees a better understanding of the complexities of green infrastructure. Attendees will also learn about projects and policies to promote a socially equitable approach to green infrastructure. While there aren’t any major organizational efforts to specifically address issues of green gentrification in Salt Lake City, Rigolon hopes to inspire attendees to potentially take a lead in organizing to find solutions.

Join us on Tuesday, October 4 in room 295 of the Frederick Albert Sutton building (or on zoom) from 4-5 p.m. to learn more.